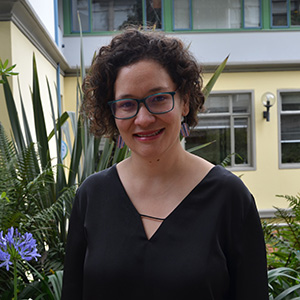 In the last decades, scholars from different disciplines, ranging from economy to law, have tried to better identify and target the working poor in order to provide them with legal protection. Some have referred to categories such as ‘non-standard or precarious forms of employment,’ ‘informal labor’ and ‘popular economy’ to refer to the working poor. My dissertation questions those categories and their ability to target the workers most in need, as well as their underlying assumptions that the activities of the working poor are not regulated by law, but rather fall into a legal vacuum. Using both qualitative and quantitative methodologies, I conducted research with one group of vulnerable workers (whom I refer to as street rebuscadores) in Bogotá (Colombia) to answer two main questions: 1) how can we better target and characterize the social grouping to whom the most vulnerable segment of the working poor in Bogotá belongs? 2) How do both State and non-State legal regimes, such as constitutional law, labour law and derecho de policía, interact to influence the productive strategies of the most vulnerable workers in Bogotá? Following Bourdieu’s theory of practice, I found that street rebuscadores constitute the most vulnerable segment of the working poor in a city deeply segregated by class, that they share a similar volume and composition of overall capital (or habitus) and that they share similar practices associated with that habitus. Following a legal pluralist approach, I also concluded that as a social group engaging in regulatory activities, street rebuscadores are situated in a semi-autonomous social field generating internal normative rules, but that is also vulnerable to rules from the larger social matrix in which it is situated. Within that semi-autonomous social field, the vulnerability of street rebuscadores is legally constructed and accentuated by the State, and existing regulatory frameworks are perpetuating and reproducing their condition, although not without resistance.